Spent all day at school thinking only about Selena Hathersage’s ankles.

Upon coming home, I stumbled upon a dour-looking personage in a dirty apron, lurking on our doorstep. This was Mr Bodkin, the butterman from Chalk Farm. He informed me that we were twelve shillings in arrears for milk, butter and cheese; and that ‘if that ain’t a mockery of an honest workin’ man, then I’m a blue monkey.’ Papa listened attentively to his complaint, slapped him on the back and said, ‘Twelve bob? Dear me! We may as well call it the whole cow!’ I thought this was very droll but Mr Bodkin only grunted and did not leave until Pa gave him two shillings and promised the rest. Mama very downcast all evening; and not even the finest walnut cake could rouse her. Pa made a good joke about Bodkin being less like a butterman and more like ‘a bird of prey … with a long bill’ (!) but she did not even smile.

(NB. I have not given Selena my poem, as I fear that it does not do sufficient justice to her beauty.) 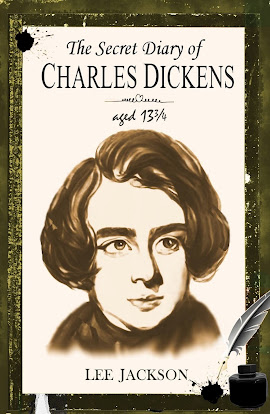